I LOVE finding out the origin of my favorite band's names.  A lot goes into a band name, and they are not always what you think.

These are the condensed versions of some of their origin stories that they were named after:

White Stripes: Named after the stripes on the peppermint candies Meg White would always be snacking on.  Of course I started with the White Stripes.  By this point, you faithful readers know of my obsession!

311: Police code for indecent exposure
AC/DC: They saw it on a sewing machine and assumed it had something to do with power.  Thankfully, they were right! It stands for alternating current/direct current.
9 Inch Nails: The nails they put in coffins.
Beastie Boys: This is actually an acronym for Boys Entering Anarchistic State Toward  Internal Excellence. I sure am glad I was born in the 90s so I never had to say, "Bye, Mom.  I'm headed to the Boys Entering Anarchistic State Toward  Internal Excellence concert!"
Fall Out Boy: Someone from the audience shouted "Fall Out Boy" as a quote from the Simpsons and the band decided to adopt the name.
The Clash: From a newspaper headline, "Clash with the Police." 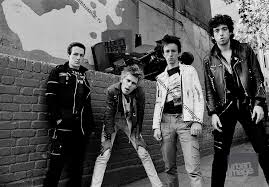 Elvis Costello:  This is an easy one: it's a combination of Presley and Lou.
DEVO: Short for de-evolution. Cuz that's totally a word!
The Doors: From a Blake quote, "If the doors of perceptiom were to be cleansed, everything would appear to man as it is, infinite."Also from a Huxley book, Doors of Perception. Man, Morrison was so deep!
Led Zeppelin: They misspelled 'lead' so it would be pronounced correctly.
Lynard Skinner: A variation of a high school gym coach's name who punished the founding members for their long hair.
Nirvana: From Buddhism, "State of blessedness through annihilation of the self."

Ramones: Early in his career, Paul McCartney went by the name "Paul Ramone."
Smiths: They wanted a generic name to stop any preconceptions of their style.
Styx: Mystic river to hell.
Foo Fighters: WWII special forces who investigated UFOs.  In an interview I read, Dave Grohl said he knows it's a stupid name...and I am still laughing about this.
Deep Purple: Named after Blackmore's grandmother's favorite song from 1933. I listened to it...not rockin' at all!
Weezer: Rivers' nickname in school for his asthma.
Def Leopard: Eliot drew a photo of a leopard without ears. Now, that'd be really wild to see. 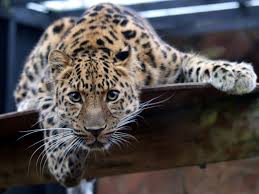