As you know, I am a professional digital entrepreneur; all my work is done online. The beach, park, libraries...those are all my office. But there comes a time when it is time to take your business to the next level, and that is where Digital Altitude comes in...

Digital Altitude is an top tier program created by Michael Force. This digital business sales system is catered towards online entrepreneurs who are ready to take their business to the next level. Digital Altitude took a year to develop and over a million dollars invested.

Lester used to LOVE his baby blankets. But lately, he has been preferring just his bed.

Trying to get him to go somewhere when he's playful is one of the more challenging aspects of daily life with Lester... #lester #maltese #playfuldog #playfulpuppy #cutie #puppydog #toydog #fluffy #fluffydog
A post shared by Morissa Schwartz (@morissa_schwartz) on Apr 19, 2017 at 8:19pm PDT


But if you have a baby (or even baby dog) in your life who loves their blankets, check out www.robbieadrian.com.

About  www.robbieadrian.com:
"At Robbie Adrian we pride ourselves on being the premier manufacturer of organic baby blankets. Our goal as a company is to bring color, fashion and style to your organic baby blankets, toddler bedding and even Mom's throw blanket - because we care about both! Our passion is providing you with the highest quality and service."

Back to the Future Trivia

So Crispin Glover is three years younger than Michael J. Fox...and yet he played his father. How's that for an interesting casting choice? 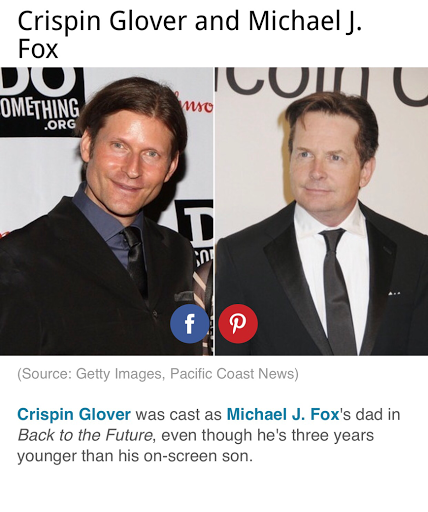 Email ThisBlogThis!Share to TwitterShare to FacebookShare to Pinterest
Labels: back to the future, crispin glover, Michael j fox

If you're reading this, you're most likely, like me, a nerd.

And that is why, boy do I have a treat for you...this jewelry is my new favorite thing!

These necklaces are chemical molecules. My favorite is coffee... 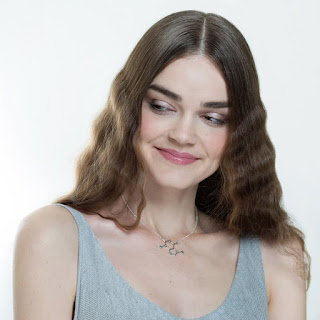 Chemistry Jewelry is not for your run of the mill customer. Our spectacular jewelry with nature’s own beautiful patterns of individual molecules is more than just a fashion statement. It’s a personal statement. Just how cool can you get?
Break Bad with custom-made designer jewelry. Our astonishing and gorgeous MoleculENecklacEs can be personally created for you in 14k gold, gold filled or sterling silver. Choose chains lengths of 13.5”, 17.5” or 19.5” for the perfect look and fit. 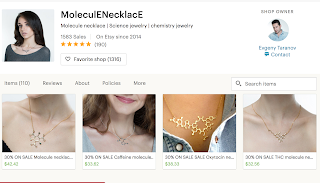 The question is do you have what it takes to wear molecules like Caffeine, Testosterone, Nicotine, Whiskey or Wine? Maybe your hardcore about your science or maybe you’re just hardcore and you’ll wear Dopamine, Serotonin, Saccharin, TNT or Ethanol. Then there are the people who really walk to their own beat and they’ll be wearing Cocaine, MDMA, THC, Oxytocin DMT, LSD and Methamphetamine. What does your jewelry stand for?Or maybe you’d like to order a custom designed molecule of your choice. You’re way beyond nerd or geek and you left hipsters behind a long time ago. You don’t follow fashions, you set them. You know what you like and you are a gift giving ninja. Your Chemistry Jewelry is a test, a secret handshake that separates the real from the wannabes.

Chemistry jewelry isn’t for everyone. It’s just for those who get it. So get it today.

You folks know how much I love contests, right (I mean, heck, my first book was a guide to contests), so allow me to introduce you to a cool new contest...

Airticketsforusa.com lets you book domestic US flights at ridiculously low prices, saving up to 55% off regular airline prices.
From April 'till June they run Spring sweepstakes with a FREE flight as the main prize. The winner will have the option to choose a free flight worth up to $500, on any US domestic destination. 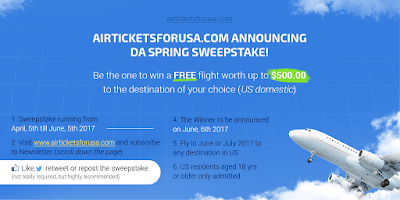 You Don’t Want to Miss This Episode of Virtual Napkins…

New Episode of the GenZ Podcast with Jesse of PRT

Jesse, of Project Road Trip, and I talk about the music business, accomplishing your goals, his journey, and more… 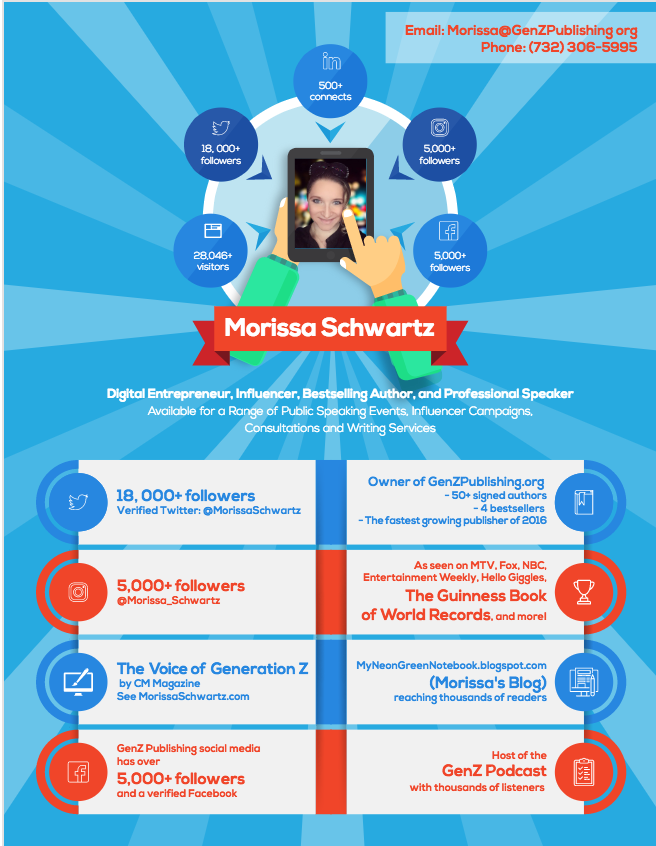 Readers of this blog know how I like to turn the spotlight on talented and inspiring artists and authors, so might I introduce you to Brian Dinapoli.

He's an author and inspirational speaker. From Brian:   "I've written a book about my experiences as a youngster who was bullied during my young life.   And that bullying led to a problem with drinking.  It took me a long time to fight my way out of the culture of partying.  I've dedicated much of my time to telling my story to young people in hopes that my experiences will keep them from following my early path.  Please check out my website, www.briandinapoli.com."

Review of his book: "I purchased the ebook to see if it would be something my relative who is an alcoholic would read. I found the book to be wonderful because of the author speaking from the heart. I hope my relative feels the same with the copy that I purchased for him."
at April 07, 2017 No comments:

Be a Digital Entrepreneur Today

Be a Digital Entrepreneur Today The time is now to be a digital entrepreneur...no matter what age you are. Go to BeADigitalEntrepreneurToday.com to find out more.
at April 07, 2017 No comments:

Email ThisBlogThis!Share to TwitterShare to FacebookShare to Pinterest
Labels: Be a Digital Entrepreneur Today

ChatMeHappy.com is an all new online social networking platform with the goal of connecting travelers from all over the world to other like-minded individuals where you can meet new people while traveling solo or working.

I love it. First off, there was no long convoluted login process. I simply connected through my Facebook, and voila! I was in. It’s really cool, because while Chat Me Happy was founded on another continent, it works perfectly for me. I am able to find like-minded new friends (people who like to travel) and chat! Also, I always have a lot of trouble finding exciting activities…sometimes just because there are so many. But Chat Me Happy does a great job of listing those activities so that I can choose which I want to do. I love it.

So my traveling friends, I highly recommend signing up for Chat Me Happy. See you on there. :) 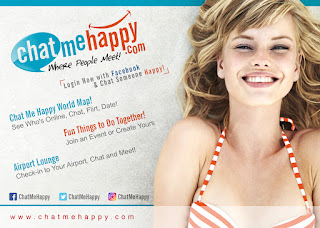 About Chat Me Up:

ChatMeHappy.com is an all new online social networking platform with the goal of connecting people from all over the world to other like-minded individuals. The site is focused on helping users meet new people by linking them through their location, shared language, interests and shared circumstances. Finding and chatting with someone is easy! By using the world map users can select their desired language, displaying only those that speak that language. Blue dots represent males and pink dots represent female members. In addition people meet via the sites 'Fun Things to Do Together' and ‘Airport Lounge’ sections and much more!

Give People Time to Read Your Book

When authors write a book, they tend to think that they’re going to have instant success. I was one of them. Right after I self-published my first book in high school, when I didn’t have people knocking down my door, I thought I was a failure. I would never write again! (That lasted all of two days).

But things take time. A few months after the venue declined,  I got an email from a local library, and they wanted me to do a feature reading there. They made posters and had a whole event dedicated to just me and my book. There were a good 50 readers there, and it was amazing. One of the people there was a manager at Barnes& Noble. And she asked me to do a reading there.  Now that has been my dream…to do a reading at Barnes& Noble since I was eight years old and saw the author of my favorite books there. Then, I got to do two Barnes & Noble book readings, just from that one opportunity.  Those readings were MONTHS after my book was released. Many authors make the mistake of thinking that everything must be done WHEN your book is released, but really, book readings and promos can happen at any time. In fact, focusing on readings after your book is released is better, because focusing on it before can get in the way of the creative/publishing process. 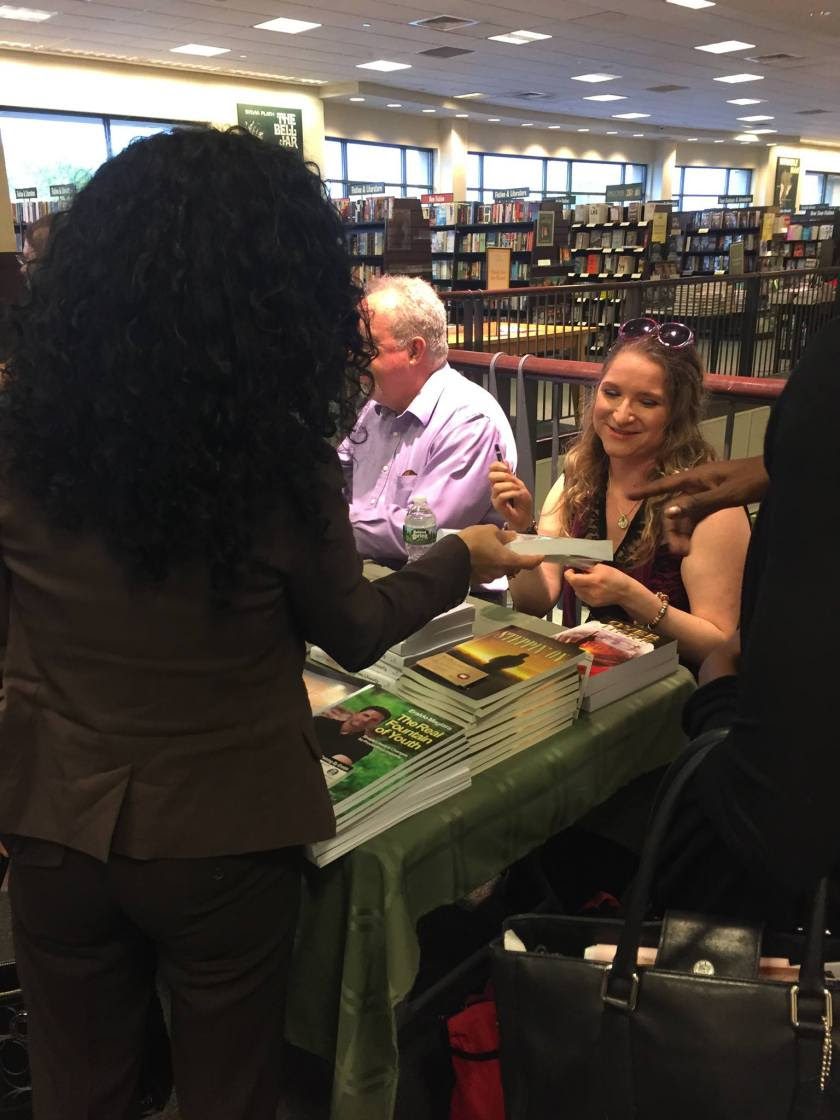 Instant success does not happen with a book for the simple reason that it take some time for people to read a book. Even if someone purchased your book the day it is released, the majority will not read it right away…but the majority will not buy it the instant it is released either. So as much is you may want people to read your book and get those glowing reviews right away just doesn’t always (or even often) happen.  Life gets in the way and you have to understand your readers.

For my book, Notes Never Sent, the main purpose was to inspire people. And I did not think it inspired anybody at first. My parents read it, and they loved it. But they’re my parents; they have to be nice and say they love my writing right? I didn’t really see any reaction at first. The first reaction I’ve actually was at that library. I read a story that I wrote about my great-grandmother a woman in the third row was hysterically crying. That was when I realize that my book really can impact people. It was doing what I set out for it to do, and that I had been too blinded by my own fears to see it.

Fast-forward to one year later, only a month ago, and I was at an event speaking to female entrepreneurs.  A woman that I did not know came up to me and told me that her daughter is a fan. I wondered why she was trying to flatter me like that. There is no way that I could have ‘fans.’ I’m not Taylor Swift. I thought ‘what’s the catch?’ Was she trying to sell me something? But it turns out, she was genuine. Later in the night, she asked me if I would meet her daughter. She wanted me to surprise her for her 16th birthday. So we met at a local diner (a central location in my book) and when her daughter walked into the diner she screamed. She was so happy. “You’re the best mom ever!” she yelled to her mom, as she proceeded to ask how her mom got me there. It was surreal. We talked for an hour and a half about reading and writing. She was inspired by my book for all that time, and I had no idea.

It’s been nearly 2 years since my book was released, and I am only now finding out that it inspired people.

So, authors, I leave you with this: be patient. Success does not happen overnight; you never know who it is going to read your book and when they are going to do so.