Is it me? Or has anybody else actually thought about the germs that are living in our mobile phones?

I have to admit that before I heard about the Iroller, I had never thought about such a thing. I was quite impressed with the topic, and decided to search on the matter. Mobile phones are considered to be dirtier than a toilet bowl!  Yes, you read right a toilet bowl! How is this possible? Well easy we carry our phones everywhere. We might touch raw meat, change a diaper, sneeze or simply leave it on the floor and then when needed we just pick it up and continue our day. When I first tried my Iroller, I noticed how small and weightless it was.
I can carry this product on my purse or back with little to no effort. My screen is now flawless as it removes fingerprints and dust. Cleaning the Iroller was a breeze, I just placed it under the running water in the sink and waited for it to dry. I tried it again on my phone and it worked like it was brand new. I will be recommending this awesome product to my family and friends, not only as an invention but as a necessity to maintain the people close to me healthy. Want to buy it? Get 15 off today with your purchase. Click here Iroller 15% off
at February 26, 2018 No comments:

Call Me Private is a virtual number service that privatizes and protects your phone number. Why give out your phone number to just anyone when you can give out your virtual number to everyone? Great for entrepreneurs and businesses looking to appear more professional and includes features such as call conferencing, directory listing, recording, messaging, speed dial, and voicemail. Appear as if you're from New York, Chicago, or Cali, or anywhere else in the Untied States and Canada. Get a new virtual phone number every month and never worry about your privacy ever again! Exclusive to my readers only, visit https://callmeprivate.com and enter discount code MORISSA to get $1 virtual number for your first month!
at February 25, 2018 No comments:

Why CryptoTask Could Disrupt the Trillion-Dollar Freelancing Market

When most people think of cryptocurrencies and the blockchain, they typically think of Bitcoin. But now developers are starting to build innovative applications on top of the blockchain that go far beyond just new currencies. Take CryptoTask, for example. This is a fully scalable freelancer marketplace that’s built using Ethereum blockchain technology. Building on top of the Ethereum blockchain immediately gives CryptoTask advantages over similar types of freelancer marketplaces, such as Upwork.

First and most importantly, CryptoTask is fully decentralized, and that means lower fees collected on every freelancing transaction. On many centralized freelancing marketplaces, the percentage that is kept by the marketplace can be anywhere from 10 to 20 percent. Now compare that to CryptoTask, where the fee for any transaction is only 1 to 2  percent. Lower fees means a much more equitable division of all wealth being created by the Ethereum blockchain.

But CryptoTask works on a completely different paradigm. It is completely decentralized, meaning there is no company that owns it. So there are no monthly salaries to pay, no overhead costs to worry about, and no need to collect an exorbitant share of the final transaction. A freelancer using CryptoTask would collect nearly $99 of the total $100.

Now, if you were a freelancer, which platform would you rather use in order to boost your earnings? Of course, you’d choose the platform where you keep $99 of every $100 rather than a platform where you only keep $80 of every $100 earned. For that reason, CryptoTask has the potential to rapidly grow in size and scale as freelancers worldwide migrate away from other platforms in search of higher earning potential on CryptoTask.

When you consider that the freelancing and task market is roughly projected to be close to $1 trillion, you can start to grasp the enormous potential of CryptoTask. If this new decentralized marketplace gains only 10 percent of the overall market, that would still make it a $100 billion marketplace! In the U.S. market alone, it is estimated that as much as one-third of the total workforce engages in freelancing projects for additional income.

Another key factor in the future success of CryptoTask is the fact that there is no censorship possible on the platform. It is completely decentralized, which means that there is no central authority figure capable of rejecting orders or withdrawing any orders that have been submitted. That’s not the case on other platforms that are centralized. On those platforms, values such as free speech are not always championed and ideologies can come into conflict with business decisions.

Moreover, a centralized marketplace is expected to follow all business, regulatory and legal rules for that legal jurisdiction. That causes enormous complications for businesses in industries that are heavily regulated. As an example, take the legalization of marijuana in the United States. In some states, it is completely illegal. In others, such as California, it is permitted for both recreational and medicinal purposes. The same case is true for the casino gaming industry and sports betting – it is such a difficult legal and regulatory environment to navigate that many marketplaces try to ban this activity entirely.

But that’s not the case on CryptoTask. Chinese political dissidents could use CryptoTask to publish reports on China without fear of retribution by the Chinese government. And businesses in the legal “gray area” can operate without fear of being shut down or neutralized by censorship. In the debate over net neutrality , for example, freelancers would be able to use CryptoTask to share their opinions openly.

The final factor in the future success of CryptoTask can be thought of from the perspective of trust and verification mechanisms. On most freelancing and task marketplaces today, the system is bogged down by trust problems. Freelancers can never be entirely sure if they will be paid, due to potential disputes that a seller can initiate (sometimes fraudulently).

And sellers can be never entirely sure if the work that they are receiving is 100 percent free of problems like plagiarism or intellectual property theft. Imagine paying hundreds of dollars for original photography to be used in a new branding campaign, only to find out later that the work was “stolen” from someone else! Or imagine working 10 hours on a freelance project, only to have the seller withhold payment on dubious terms.

Those are two scenarios that CryptoTask can help to avoid, based on the underlying technology of the blockchain. All transactions are 100 percent verifiable, and moreover, CryptoTask has implemented a one-of-a-kind review system that is meant to stamp out fake reviews, fake disputes and all manner of billing and payment problems.

Looking ahead to the future of CryptoTask

It’s clear that CryptoTask has several built-in advantages – including lower fees, no censorship and no limits on task value – that differentiate it from the current crowded field of freelancing and task marketplaces. Now that CryptoTask has launched its ICO, it’s time to see how much of its initial promise it can fulfill. For now, the future looks very bright indeed.

Even if CryptoTask manages to capture just a tiny 1 percent share of all freelancing transactions worldwide, we’re still looking at a multi-billion dollar market opportunity. One thing is certain: CryptoTask is on pace to change the way we think about the blockchain. It’s not just about fostering the creation of speculative cryptocurrencies like Bitcoin – it’s also about creating a new way of working that is based on technologically superior blockchain technology.
at February 14, 2018 No comments:

Saturday Night Live premiered on NBC on October 11, 1975. It has become the broadcast everyone has to check out every Saturday night. What does it take to put the broadcast on the air? The Director of SNL, Don Roy King, recently was the guest on "Kreiner's Korner" and talked to Emmy award winning producer and podcaster Jeff Kreiner about his role as the Director of this iconic late night program.

Top 10 Principles to a Six-Figure Salary

Financial freedom is the driving force behind every working individual. Earning a six-figure income is a step closer to attaining your financial dreams. For most of the American workforce, this remains a dream with very few positions offering six-figure salaries to their employees. It is doubling competitive for American Immigrants. However, Natacha Douglas is one successful immigrant who defied the odds to land herself an elite position as a VP of operations at a local university with a 6-figure salary. 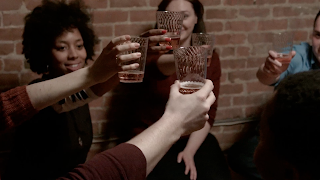 Natasha has achieved tremendous success at a young age. In an effort to inspire others, Natacha has created an online course, ‘Top 10 Principles To a Six Figure Salary’.  In this course, she narrates her story and shares key insights into earning a six-figure salary. Having purchased the course, I have learnt useful tips on growing my salary to a six-figure. I highly recommend this video tutorial to anyone struggling to raise their salary.


For a one-off fee of $20, you get to have a lifetime resourceful reference for tips to a six-figure salary. You can also follow Natacha on her Facebook page https://web.facebook.com/NatachaInternational/?_rdc=1&_rdr  for further financial mentorship and can also check out her website, at http://natachainternational.com/. Click here to get your hands on this video course for just $20.
at February 06, 2018 No comments: